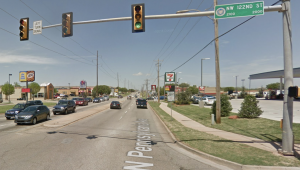 OKLAHOMA CITY, OK – An injury accident has been reported at 122nd Street and Pennsylvania Avenue, according to the Oklahoma City Response and Accident Tracker. The crash was first reported at 11:16 a.m. today.

Authorities have not yet released any details about the cause of the crash or who was involved. We will continue to monitor this developing story and will report additional information about injuries and what happened when we find out more. 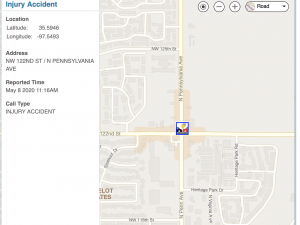 The Oklahoma City car accident attorneys of Abel Law Firm provide qualified and experienced legal representation to those who’ve been hurt in car accidents caused by negligence. We provide these blogs to help keep those in our community safe. If you need legal assistance, please contact us at (405) 451-5157 or reach out to us online right away.

Involved in the recall are older model Honda Odysseys, Pilots, CRVs, Civics, Acuras, and Accords.  Honda stopped the sale of vehicles included in the recall from used car dealerships until all airbag defects are repaired.

Complaints from Honda owners revealed that some vehicles’ airbags release broken metal when deployed.  Investigators believe the defect is caused by an excess in pressure used to inflate the airbags.  12 people were injured and at least 1 person died because of the defect.